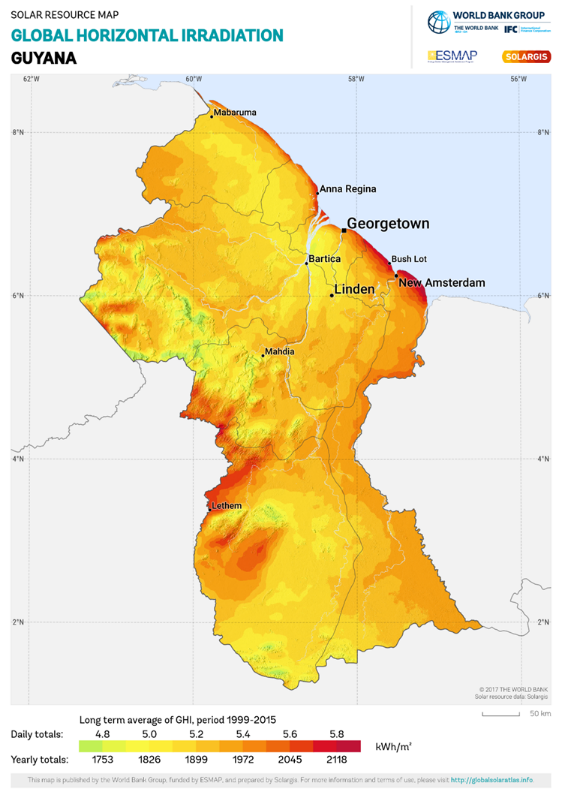 Guyana is currently dependent on imported petroleum-based fuels as its main source of energy. However, the Energy sector is poised for significant transformation due to Guyana re-committing itself to the development of its indigenous renewable energy resources and to pursue 100% renewable energy in electricity generation in its Green State Development Strategy.

According to the Energy Sector Management Assistance Program (ESMAP), Guyana receives an average of 1,800 kWh/m2 annually. As a result, most locations across Guyana have excellent solar insolation levels and are ideal for solar PV generation. As at 2018, the total installed capacity for Solar PV in Guyana is 4.63 MW with an estimated annual generation of 7.16 GWh.

In Guyana, solar energy is used for several purposes, including drying agricultural produce, irrigation, ICT, and to improve electricity access in rural areas. Under the Hinterland Electrification Programme, in excess of 19,000 solar PV systems had been installed in nearly 200 communities by 2018. 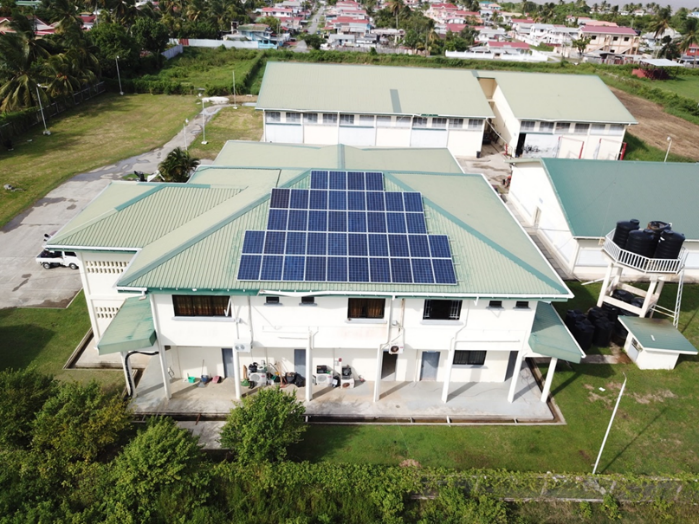 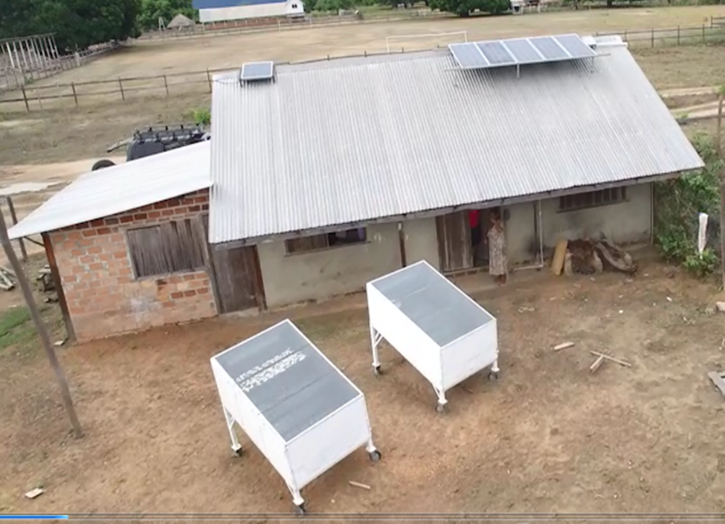 Guyana will shortly complete the installation of its first solar PV farm in Mabaruma, Region 1 with an installed capacity of 400 kW and within the next 2 years, a series of solar PV Farms, totaling 5.2 MW is planned for Bartica, Lethem, Mahdia, Port Kaituma, Kwakwani and Matthew’s Ridge.

Fiscal incentives include VAT and import duty exemptions for renewable electricity equipment, solar appliances, solar water heaters and solar cookstoves, one-off tax holiday of two years for corporation tax to importers of items for solar energy investments, and a change of the Wear and Tear Schedule of the Income Tax Act to allow for the write-off of capital expense within 2 years.

The main electric utility, Guyana Power and Light Inc. (GPL) is preparing plans for 3 utility scale solar PV farms totaling 30 MW for the national grid in the long term, as well as 0.75 MW Solar PV Farm at Wakenaam and a 4 MW Solar PV Farm at Onverwagt in the near future. Also, the Global Green Growth Institute (GGGI) is supporting the Government of Guyana and the private sector to advance solar PV initiatives. In addition to establishing a National Grid Code, GPL is working on a Code for the Integration of Distributed Generation and establishing the commercial and technical frameworks for grid-connected renewable energy systems and streamline the procedures for feed-in mechanisms.

In addition, 1.184 MW of solar PV systems will be installed at 80 public buildings in all 10 Administrative Regions of Guyana in 2019.  These installations will result in estimated savings of G$114 million and avoiding 1,415 tons of CO2 emissions per year. Moreover, to build on the fiscal incentives on hybrid and electric vehicles and charging stations that were instituted in 2017, GEA will be piloting the use of an electric vehicle as a means to inform research and development and promote energy diversification in the Transport sector.  The pilot project entails setting up an electric vehicle with accompanying solar panels and energy storage system.

A Step into the Future

Solar energy is primarily being installed in the hinterland/remote areas of the country. Currently under the Unserved Areas Electrification Programme, a number of communities have received solar photovoltaic’s home systems. In 2007, a number of Regions benefitted from solar photovoltaic projects, some of which are listed below:

This is an OLADE/CIDA/University of Calgary/Haskayne School of Business funded project which started in June 2007. The project will result in the installation of photovoltaic systems for 42 homes in the community, a joinery project, garden project, solar freezer for a village shope, and a cassava processing unit.

Community where the project piloted:

This phase is completed. The following were the objectives of this initial phase.

This phase is currently ongoing. The objectives of this phase are: